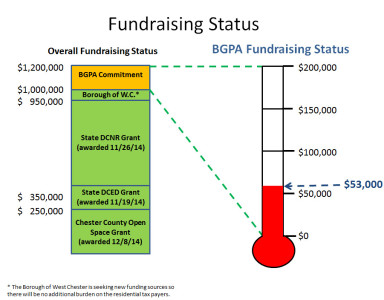 The following are the key events so far since the Borough signed the contract to purchase the Barclay Grounds at the end of 2013:

– Letters of support for these grant requests were submitted by::